It was indeed a sad Good Friday for Nollywood movie industry in 2019. Notable movie director Ifeanyichukwu Onyeabo has passed on. He was said to have slumped and died while shooting a movie in Jos, Plateau state in the morning of Good Friday, April 19.

While alive, Onyeabo was reported to be action movie and stunt director extraordinaire in Nollywood. Many of his colleagues have taken to their social media handles to mourn his sudden demise. Among them is the founder of Africa Movie Academy Award, Peace Anyiam-Osigwe. 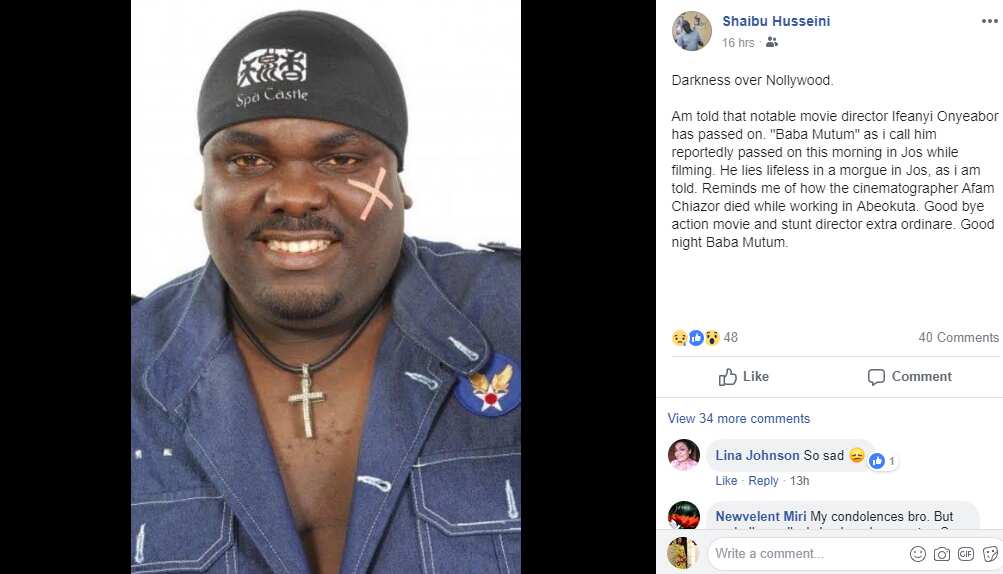 Onyeabo, before his death, produced the following movies; My Mother’s Heart, New Jerusalem, 5 Apostles, Darkest Knight, One Good Turn. He was nominated as best director for Africa Movie Academy Award.